Rose McGowan has accused deposed Media Mogul Harvey Weinstein of having violated her. McGowan wants women to take to twitter relay their experiences of sexual assault with a two word message “#MeToo”.

No one in the media has mentioned that McGowan, Marilyn Manson’s ex-girflriend, is an Illuminati sex slave. 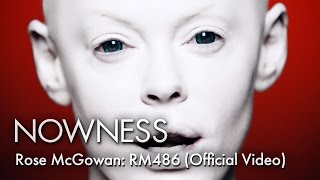 Alyssa Milano is the other actress leading the #MeToo charge. Milano and McGowan were on the TV show Charmed (1998-2006) which normalized “witches” (i.e. MK-Ultra sex slaves who believe they magical powers but just have borderline personality and are easy to control).

As a girl Alyssa Milano starred in Who’s the Boss? with Tony Danza, alongside Danny Pintauro. Pintauro says that he knew he was homosexual from childhood, during his days working so tightly with Danza. Danza also starred in the movie Angels in the Outfield, which has deep pedo undertones.

On a side note, Joseph Gordon-Levitt acted alongside Danza in Angels in the Outfield. He recently played Edward Snowden in the Snowden movie, which warned of the “Kill-Switch.”

Do Not Send Your Information to These Women!

…more than 200,000 #metoo tweets were published by Twitter’s count. The stories came pouring forth on Facebook as well with nearly 80,000 people said to be “talking about this..”

Woody Allen warns that the women of Charmed are leading us to a “Witch-hunt.”

Woody, I wish I could go after not only the “Witches”, but the Warlocks as well.

0 comments on “Tweet #MeToo to the Devil’s Sex Slaves”