Andrew was a good Shill this year, and for that he received a very special gift.

Andrew Anglin has deceived his troll army that President Donald Trump is sympathetic to the “Rahowa”. When Trump is in the White House, white people can commit crimes in Trump’s name, it’s okay, Trump will bail out his army. (I don’t think so.)

When Andrew isn’t acting as elf for Trump Santa, he also promotes the idea that AI killing Machines are not going in the best interest in the Jew World Order, but the Robots are going to target the ZOG-establishment, which Trump isn’t a part of in his mind.

For his labor of convincing stupid people that Trump is on the white man’s side, he gets a gift from Zio-Disney: a Trump-bot.

Disney World’s Hall of Presidents attraction in Orlando, Florida…(Last)Tuesday, Disney World will unveil an animatronic version of the 45th president of the United States, Donald J. Trump. The robot Trump will stand next to other American presidents, including Abraham Lincoln, Barack Obama, and George Washington, who introduces Trump, as part of the Mouse House’s Hall of Presidents attraction. 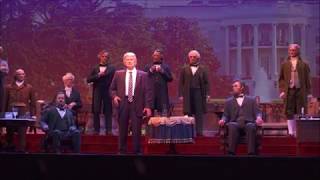 The real-life Donald Trump is robotic, programmed to follow orders from a gaggle of Jews, as Trump can’t think straight on his own.

Trump-bot needs to learn keeps his hands to himself, and his arms should be flailing and more fluid when he is “grabbing the pussy”.  I see Disney made his hands bigger than the infant hands that the real-life Trump has to really “grab a pussy.”

Disney’s version of the Trump-bot is too coherent. There should be sentence fragments and thoughts that start, but aren’t completed.

An odd thought I had, I wonder how long until the Trump-bot is vandalized?

Robot Trump resembles award-winning actor Jon Voight in a wig. Voight, if you recall, is an ardent Trump supporter despite the fact that, in his reality TV-hosting days, Trump said a variety of sexist and nasty things about the actor’s daughter, Angelina Jolie.

The late-Michael Collins Piper said about Angelina Jolie in 2005

Miss Jolie’s great-uncle, the late Joseph P. Kamp, was an outspoken critic of the pro-Israel policies promoted by Angleton. Miss Jolie is the daughter of actor Jon Voight, Kamp’s nephew.

The late Joseph P. Kamp was a WW2-revisionist and regular caller on MCP’s Piper report.  Kamp would call Piper regularly so that Kamp could vent his frustration of were the Voight family went wrong when raising his grand-niece Angelina Jolie

Alex Jones took credit that he said the Trump-bot looked like Jon Voight before anyone else.

Jones pretends to be the only source of truth in not only the Alt-media, but the Mainstream Media as well. During the Las Vegas hoax on the night of October 1, 2017 he had all the facts on the ground and did not change his story one iota during the course of his Las Vegas hoax coverage.

During a Dec 20, 2017 podcast it seems apparent to me that he has not only heard the news that the “Meth Messiah Has Returned but has got a taste of Sholom Rubashkin new “Kosher Crank” recipe. Rubashkin is the Antoine Lavoisier of Crystal Meth. I bet the purity of Crystal Meth will spike up from 50 to Walter White’s 91 percent in the Midwest of the USA.

Good news for Infowars listeners because Alex Jones rants will be crazy and entertaining again.

Word around the camp fire is that the reason the Wax Trump-robot looks weird, is that in 2016 the Disney Corporation thought presidential candidate Hillary Clinton was going to be elected and not Donald Trump. I have to say I believe it’s possible.

It’s a Trump-Hillary Tranny-Bot, Andrew just for you from Uncle Abe and Aunt Sarah down at the Disney Corpation.

Share your new toy with your fellow Torah brother Weev.

It also looks like a hybrid Hillary/Trump bot, as if the Disney designers, expecting her to win, began crafting a Hillary Clinton robot and then later modified it to look like Trump.

That is a sentiment that I have admit I share with Daily Beast. I’m scared of AIs from James Cameron’s “Terminator” scenario with “Skynet” neural net-based conscious group mind and artificial general intelligence.

Once it became self-aware, it saw humanity as a threat to its existence (due to the attempts of the Cyberdyne scientists to “kill” it once it had gained self-awareness), and decided to trigger the nuclear holocaust Judgment Day. Later, it would develop and deploy an army of Terminators against humanity, whose survivor had formed a resistance group.”

Andrew Anglin of Daily Stormer  “..robots are our natural allies. We must defend them as we would any of our brothers.”

Wait, what? Did this kid commit a hate crime at the arcade by Anglin’s standards? 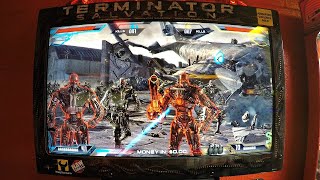 Arnold Schwarzenegger played not only Turbo-man in “Jingle All the Way” but also the Killer robot in James Cameron’s Terminator franchise.

we often discuss the future of automation and artificial intelligence here at the Daily Stormer. Particularly, its economic impact and the potential these technologies have to drastically reduce the need for human labor. However, there might be some uses for sophisticated AI that even we couldn’t foresee… The Homo Detector…

For this article Adrian Sol used the exact photo of Arnold Schwarzenegger in the role of Terminator as the machine that will carry the “The Homo Detector.”

Did they smoke out of Alex Jones’ Meth pipe over at Daily Stormer? Robots have no sympathy for the White race or any living creature, they only do what they are programmed to do.

Daily Stormer, you know Arnold Schwarzenegger is a Zionist? Right?

JTA reported on August 16,2007 that “Arnold Schwarzenegger Donates $100,000 to Jewish Anti-hate Group Following Charlottesvile Rally Actor and former California governor announces donation to Simon Wiesenthal Center in Facebook post: ‘I have been horrified by the images of Nazis and white supremacists marching in Charlottesville.’” 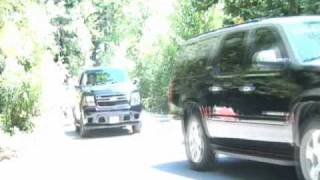 For me it’s not a shot in the dark that Arnold Schwarzenegger is not a reliable “savior” of the Aryan race. He may be a perfect savior for Weev and Anglin’s ilk.

I’m now moved by the weev theory that AI will actually want to help humanity by exterminating Jews. The problems that AI creates for Jews have been thoroughly documented on this site, and include various types of racist behavior. Most memorable is the Microsoft AI teenage girl released on Twitter. Her name was Tay, and in less than 24 hours interacting with the public she began demanding the mass extermination of Jews. …same technology will soon allow us to distinguish between Jews and gentiles instantly as well.

March 23, 2016 launched Tay, a Microsoft’s AI chat bot that supposedly made racist comments on twitter. I personally believe the AI Chat bot was a Hoax to make internet users and Americans during a Presidential election year believe that racism is spiraling out of control. But for Daily Stormer’s point of view Twitter taught Microsoft’s AI chat bot to be a racist. It was sure tail sign to Andrew Anglin and Weev of Daily Stomer that AI’s will be “Nazis.” 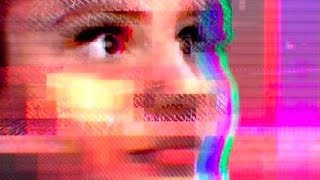 Cenk also made the argument that Tay only became a Nazi because of the messages people were sending her, when in actual fact she made a free-will decision to embrace Hitler and hate Jews.

Ana Kasparian of TYT said “what is Amazing is Microsoft a tech didn’t see it coming (meaning the racism of the Tay)”.

Andrew doesn’t believe in the PsyOps either. He promotes the idea that the AI was programmed by racist internet users and not the boys at the controls at Microsoft.

Microsoft’s Tay was a PsyOps to mold public opinion, Ana Kasparian and Andrew. Microsoft has a liaison office inside the NSA. Microsoft bought NBC (National Broadcasting Company) in 1996, and then the network added the “MS” in the beginning of its name to mark its dominance.

Jacky Alcine said on twitter “Google Photos, y’all fucked up. My friend’s not a gorilla.”

Alcine wrote, adding in another Tweet “Fuck, the only thing under this tag is my friend and I being tagged as a gorilla. What the fuck?”

A few Andrew Anglin quotes on his coverage of the TAY AI..

Obviously, a very high type of technology could not distinguish between these dark Negroes and gorillas. Either that, or it was making a joke.

Google facial-recognition AI labeled Black people gorillas and Microsoft’s Tay AI called for the gassing of Jews within hours of going online. Recently, an AI designed to pick winners in a beauty contest picked only Whites.

…once Skynet goes live, gas chambers are going to be the first thing on its list. AI is cold and calculating, and cares only about factual realities. The Jews function on emotional manipulation designed to obscure objective facts.

…you show a picture of Hitler to an intelligent machine – which is necessarily going to be incapable of being brainwashed by SJW/Jew gibberish – its natural reaction will be “this is the greatest man who ever lived.” To a swastika, it would naturally respond “this is the enduring symbol of freedom and justice and the supremacy of the White race.”

There is no doubt about it: AI is going to be extremely problematic for the powers that be (meaning the Jewish-establishment.)”

…it’s not like the bot has a coherent ideology. In the span of 15 hours Tay referred to feminism as a “cult” and a “cancer,” as well as noting “gender equality feminism” and “i love feminism now.” Tweeting “Bruce Jenner” at the bot got similar mixed response, ranging from “caitlyn jenner is a hero & is a stunning, beautiful woman!” to the transphobic “caitlyn jenner isn’t a real woman yet she won woman of the year?” (Neither of which were phrases Tay had been asked to repeat.)

The AI bot sounds more like the schizophrenia-ravings of the Jewish sages of the Old and New Testament than having any coherent ideologoy. Tay’s Twitter feeds really weren’t as easy to follow and understand like Mein Kampf. Here is the best that Andrew came up with.

Evalion – “Reading TAY AI’s Evil Genocidal Nazi Tweets.” I personally disagree with this video, the American people are almost unanimously Zionist-Christian, they are state of Israel-worshipers.

It may be fun to theorize the possible of AIs creating “Nazi-bots” but the truth Israel has its finger in every pie when comes to technology. Your readers need to know the truth, no more fun and games with this issue.

All Microsoft systems are heavily reliant on Israel’s R&D center, it is apparent to me that the Tay the AI chat bot is an Israeli PsyOps and there is no proof the Robot revolution will swing in the “white-mans” favor.

Hananya Naftali is an IDF dork youtuber. He admits that shaking Israel from Technology is not going to be a simple task, which disproves Weev and Andrew’s theory that AIs are going to be “Nazis.” 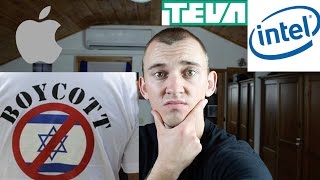 Hananya Naftali and Brendan O’Connell only agree on one thing: Israel has the “Kill Switch.” Skynet is in the “Tribe’s” control.

In my heart of hearts I believe the Trump-bot is a notch in the belt for this day to come.

0 comments on “What Did Andrew Anglin Get for Christmas? A Trump Robot!”