The ever-eloquent 50 Cent shares his thoughts on racial supremacy in fighting.

Dana 5000 vs. Kimbo Slice is a good example of black fighters’ “superior genes” to white fighters. 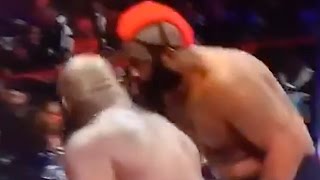 Is 50 Cent superior in business compared to the Jews?

50 Cent was actually a boxing promoter between 2012 and 2015, before becoming bankrupt.

The following video features long-standing boxing promoter Bob Arum of Top Rank welcoming 50 to the business of fight promoting back in 2012. Watch Bob talk about being in a supervisory role in 50’s new career. Bob is acting like he’s in charge or something. Oh wait… he is. Bob sucked 50’s bank account dry between 2012 to 2015 and then Bob ordered Conor McGregor to throw a fight, which was his debut boxing match against Floyd Mayweather Jr. back in August 2017. 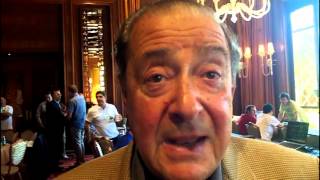 Conor McGregor and 50 Cent, you are both Bobby boy toy soldiers.