Benjamin Netanyahu’s administration is coming to a halt due to it being riddled with scandals involving bribes Bibi took from wealthy Jewish businessmen from all over the world.

Netanyahu has already been prime minister, combining his two stints, for over 12 years, and has broken David Ben-Gurion’s record as the longest-serving premier.

Now it is time for every Israeli politician with premier aspirations to do anything they can to conspire against Bibi with backroom deals from their Chabad Mafia masters. National elections are scheduled for 2019, but it’s possible for Bibi to get dethroned earlier.

For Israel the change has nothing to do with the integrity of the political system or fighting corruption, and everything to do with Bibi being a stale face. The state of Israel needs to repackage its corruption with a new face, in order to reinvigorate patriotism within the Jewish nation.

Contenders for the premiership include Yair Lapid, Avi Gabbay and Naftali Bennett. They are a bunch of ladder climbers and Bibi wannabes, with Lindsay Graham homosexual demeanor. They will never have Bibi’s heart of stone charisma and his ironclad ability to be the leader of the blood thirsty Jewish people accross the world.

According to Haaretz, Naftali Bennett, the head of the right-wing Jewish Home party, is a:

..driving force behind a new grassroots movement aimed at toppling Netanyahu, Naftali has already sued the prime ministers wife for treating him and other household staff abusively. He won the case and prevailed in an appeal.”

In the past Bibi convinced former prime minister Ehud Olmert to step down; he was the king for only three years due to his corruption charges. It is a cycle in Israel that when the Alpha-Male in the pride is wounded the beta-Lions form a gang to finish off the Alpha lion and divide his remains before deciding who will be the next leader.

In the case of Olmert, he resigned from office after police recommended he be indicted for corruption charges, with the advice of Bibi. He was freed from prison after being granted parole from a 27-month sentence.

Jail time, if any, for Bibi is going to be more like Jordan Belfort’s (Wolf of Wallstreet) tennis camp, more than the punishment of literally being eaten alive by Gabbay without Ranch dressing. 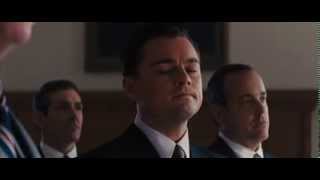 Avi Gabbay is the leader of the Israeli Labor Party, which defines itself as both Social Democratic and Zionist. Gabbay is one of many politicians in Israel who has chosen to knock down Benjamin Netanyahu off his ladder.

Haaretz has noticed since Gabbay joined the opposition party, when Bibi landed on the sword, that Gabbay has politically made a hard “right turn.” Even though he is an Arab from Morocco, Gabbay believes that because he and his ilk are Jewish, he has the right to kick Palestinians out of Jerusalem. Gabbay said “separating from the Palestinians on the basis of the principle of two states for two peoples.”

Gabbay is fully on board with Greater Israel project, which will turn Israel to an Empire at the world’s expense. This is called “social justice” by Jews. 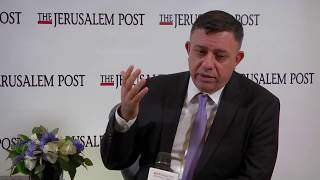 ..The Netanyahu era is over. We must prepare for an election soon. The criminal house of cards the prime minister built in recent years – corrupting the civil service, harming the rule of law, threatening freedom of the press and more than all else, dividing Israeli society – is crashing on him and around him.”

He was a member of the Netayuhu Administration, serving as the Minister of Environmental Protection between 2015 and 2016.

..(Gabbay)..acceptance speech seemed to take a page out of Obama’s 2008 playbook: a good-news challenge to skeptics, delivered with liturgical cadences: “To all who doubted the indispensability of Israeli democracy; to all who doubted Labor as alive, kicking, and renewing; to all who believed Israelis had lost their hope for change . . . ha’lila ha’zeh, a familiar refrain from the Passover Seder. It is time for the government to think, he rhymed, of “Dimona, not Amona”—that is, on behalf of the struggling towns in the Negev Desert, not settler outposts in the West Bank.

(Dimona not only has mythological meaning in the Jewish faith, but is the place of Israeli nuclear weapon research and development center.)

But the parallel with Obama ends there. Gabbay’s story is not that of an unlikely minority candidate who organized at the grassroots. He is the unlikely majority candidate who climbed to the apex of Israel’s biggest telecommunications company. One of eight children, Gabbay grew up in an “asbeston,” a makeshift structure in the Jerusalem neighborhood of Talpiot..

Learn about Israeli’s plan to dominate the high technology sector via Operation Talpiot. Gabbay is an alumni of Hebrew University, where the  program is an integral part of the university. 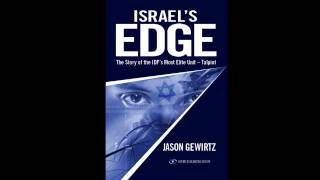 ..Partnering with Likud was not unusual for Gabbay. During the early two-thousands, he had voted for Ariel Sharon. He was not alone. Mizrahi (Gabbay’s ancestry) families have been the driver of Likud victories since the Party’s first national victory, in 1977…Yair Garbuz publicly dismissed Likud’s Mizrahi voters as “amulet kissers”—an Israeli version of Hillary Clinton’s “basket of deplorables.”

Times of Israel said about Gabbay:

..Like many other Jewish immigrants from Arabic-speaking countries, his family felt resentment toward the founding Labor Party and long supported Likud.

Liberal politics in Israel is a pipe dream. Liberalism is only for the Goyim.

I focused primarily on Gabbay in this article because even though I don’t have a crystal ball to tell me the future, I believe he’s going to be the next prime minister. I’m going to write another article talking about the one party system in Israel that is ruled by the Chabad mafia.

I’m going to provide you with two videos draw your own conclusions about the personality and the Integrity of the rest of the key figures in opposition to Bibi. 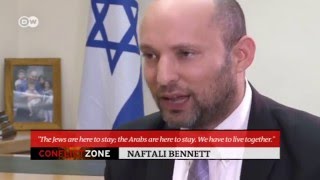 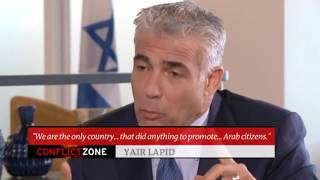 Can this yarmulke head or this Jewish self-hating Arab be as good as used car salesmen Prime Minister Benjamin Netanyahu?

..Yair Lapid, leader of the centrist opposition Yesh Atid party, had given testimony about Netanyahu’s alleged efforts to help Milchan that he witnessed during his term as finance minister. Netanyahu pounced on this as an indication that the investigation was politically motivated and said Lapid looked to “topple me at any cost.” His Likud allies lashed out at Lapid, with Amsalem angrily calling him a “snitch.”

If Israel can not produce a strong figure head in this Chauvinistic world, this can lead lead to a very bloody Civil War in Israel. I’ll be there with a bag of popcorn and lawn chair. It’s the only War worth watching.

Netanyahu may be a hard snapping turtle to make let go of his prime ministership. The PM said..

Let me reassure you: the coalition is stable. No one, not I and no one else, plans to go to elections. We will continue to work together with you for the people of Israel until the end of our term.”