This is the most emotionally difficult  article I have written. I deeply miss Victor Thorn and never got over his passing. 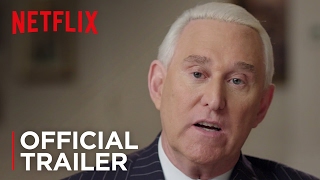 Agent provocateurs came out of a secret FBI program from the 1960’s, known as “COINTELPRO.” It involved clandestine operations aimed to discredit and disrupt opposition movements. Alex Jones has been accused of being an agent provocateur and Stone has been know to use Jones’ platform to spread his disinformation. 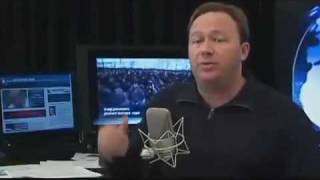 Stone’s rules: “It is better to be infamous than to never be famous at all.” Another: “Hate is a more powerful motivator than love.”

Stone uses the long string of bodies attached to the Clintons as one of his talking points. I wonder how high Stone’s body count is from being the youngest member of the staff in President Richard Nixon’s re-election campaign in 1972 to the rise of the machines in the current Donald Trump era.

Stone doesn’t strike me as the studious bookworm type, whereas Victor Thorn was a researcher’s researcher. Why have Cambridge Analytica when you have Victor Thorn?

Thorn wrote over 20 books and published the works of numerous writers in the alternative media, such as Michael Collins Piper, Adam Gorightly, Mark Glenn, John Kaminski and Joan d’Arc. Thorn was always nose deep in a book, whereas Stone’s hooknose was deep into silicone.

Stone is all about the party life, and finding any exuse to promote his swinger lifestyle on twitter. He always “parties” with strippers with dumb names like “Bubbles”. I wish I had a needle to pop those balloons!

Victor Thorn was a badass cab driver, just like Mel Gibson in the film “Conspiracy Theory” (1997). 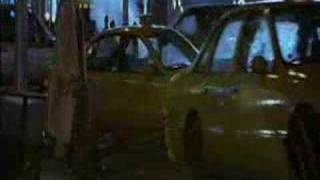 I’m not calling Thorn crazy, but mentioning this as way to say he was hard working and not making a lot of money in the field of conspiracy research.

Ghosting writing for Stone would have been a big break for Thorn, because Stone is wealthy and connected.

Stone decided to get a tattoo on his back of his “fall from grace” angel.

Stone wrote a book aimed at redeeming the reputation of Richard Nixon. Nixon was a political rival to JFK, dating back to 1960’s when both men ran against each other in a bid for the presidency. Given this, and that he co-writes book with E. Howard Hunt’s son, I don’t trust Stone’s JFK research.

Roger is the rabid attack dog for the Trump dynasty, which sinks its teeth into the Bush family, the Clintons, and Lyndon B. Johnson. He is an operative for the deep state that backs up the Trump dynasty.

Stone’s theory that LBJ killed JFK is not for serious researchers but for those that want a simplistic way of looking at JFK’s assassination. Oh, LBJ wanted to be president, so he killed JFK. Johnson was a corrupt Texas senator where the Kosher Mafia thrives. I agree with that, but to say he was the mastermind is a stretch.

MCP’s book Final Judgement’s theory is that Meyer Lansky (the Pope of the criminal underworld), James J. Angleton (the CIA liaison officer to the Mossad) and David Ben-Gurion (the Israeli Prime Minister who resigned his post in 1963) ordered the hit on JFK because JFK stood in the way of Israel building a nuclear weapon.

It was important for Israel to have a nuclear weapon so that it could be the regional power against its Arab neighbors, but bad for the world because Israelis are more fanatical than Muslims.

Is it possible that Thorn authored books for Stone knowing that the information wasn’t correct?

As a writer, if Stone offered me $100,000 to write a dumbass book that LBJ ordered the hit on JFK and there is no Zio-Deep State influences or Kosher Mafia members involved, I would ghost write that book under the condition my name is nowhere to be found on the cover.

All 4 of these books written by Stone are available to purchase on the online American Free Press book store.

1.) JEB! and the BUSH CRIME FAMILY: The Inside Story of an American Dynasty

2.) The MAN who KILLED KENNEDY: The Case Against LBJ

3.) NIXON’S SECRETS: The Rise, Fall, and Untold Truth about the President, Watergate, and the Pardon 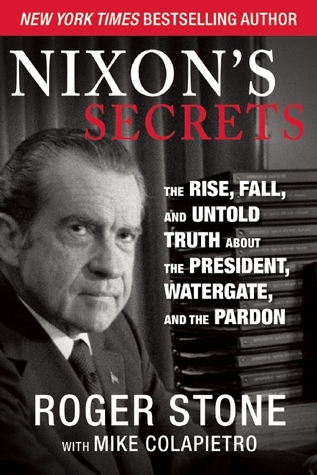 All 4 of these books carry a Victor Thorn writing style.

Why would Roger shill for the Kosher mafia and the Deep State? Isn’t Stone a righteous political operative of the White christian GOP?

Stone and Trump have characterized themselves as targets of the deep state and as “outsiders” of the establishment, which is not even remotely true.

Trump is a casino magnate and the casinos are a way to launder money for the deep state’s secret wars and black-ops missions.

In order to create the illusion that Trump isn’t a CIA asset, the deep state themselves have employed another CIA asset Alex Jones to use his platform Infowars to reinforce the idea that Trump is a white knight holding an invisible joust that only Jones’ listeners, GOP christian retards and Q-Anon shills can see. These people, or should say CIA assets and AI auto-bots, would have you believe that Trump is going to ride on his horse and plunge his lance into the heart of the swamp dragon, which is making a mess of the political system.

Israel is built on a swamp. Israel is the swamp dragon that is flooding Washington D.C.

Thorn once implied that Trump was a Jewish puppet:

If all the world’s a stage, the biggest question right now is: who are the hidden puppet-masters writing Donald Trump’s script, and what is their larger agenda that we see unfolding before us?

Thorn authored many books on the Clintons, including the trilogy Hillary (And Bill): The Sex Volume, Hillary (And Bill): The Drugs Volume, and Hillary (And Bill): The Murder Volume, and later Crowning Clinton: Why Hillary Shouldn’t Be in the White House. It’s easy to see to why Stone may have wanted to employ Thorn to write books as a smear campaign against Hill-dog Hillary during election year. Thorn was an expert at attacking Hillary; Stone was a novice at it compared to Thorn. Many of Stone’s books have a Victor Thorn writing style of plain English but are still very comprehensive; Stones’ work flow is very Thorn-esque.

Victor had the unique talent of “putting the hay where the goats can get to it,” an expression often used by another good friend and AFP writer who left us too soon, the late, great Jim Traficant. Victor could take any subject, no matter how complex, study it in record time, and present it to his readers in a comprehensible, exciting, easy-to-understand manner.

Victor Thorn apparently killed himself on his 54th birthday with a self-inflected gunshot wound. Was he a nuisance to the Clinton crime family? A thorn in the Clinton’s side?

It seems to be the consensus among AFP readers that it was a Clinton hit that took Thorn’s life. But I, on the other hand, have a different opinion.

Was Thorn a loose-end to the Trump dynasty that needed to be tied?

Stone wrote in his 2015 book The Clinton’s’ War on Women — which Trump has promoted — that the Clintons are “plausibly responsible” for the deaths of roughly 40 people. He also tweeted an image in August claiming that the Clintons murdered Democratic National Committee staffer Seth Conrad Rich, United Nations official John Ashe, process server Shawn Lucas, and anti-Semitic writer and Clinton “researcher” Victor Thorn. (Stone dedicated his book to Thorn prior to his death.)

This shadowy network can’t have an anti-Semitic holocaust denier being linked to the ZOG Emperor. Dead people are seen as neutralized in American politics and dead men tell no tales.

Robert Morrow co-wrote “The Clintons’ War on Women” and I do not think his co-author was Roger. Morrow is perhaps the only honest broker in Roger’s network. There was a bit of falling out between Stone and Morrow. I wish someone would ask Morrow: what was Thorn’s involvement with Stone’s projects?

Robert Morrow says that Victor Thorn was “a great friend.. Proud to be (a) buddy.” Thorn lived in State College, Pennsylvania and Robert Morrow lived in Austin, TX. How could have they cultivated a friendship without spending time together, which is the official story. They must have co-wrote Stone’s book together, no matter what the front of Stone’s book say. 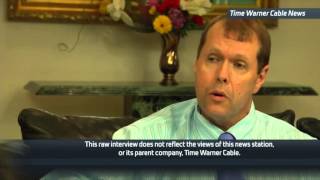 There are only 5 books I keep at my bed side to grab quick in case my house catches fire. These are 5 books I’m interested in preserving, besides one that a man wrote about his “Struggle”. Here are two.

Victor Thorn hosted an online show called Wing TV (World International News Group) with his then wife Lisa Guliani from May 2004 to November 2006.

This show was on Genesis Communication Network, where Alex Jones is the alpha-male to the network.

Wing TV was revolutionary for its time because it showed that Jones is not above reproach. Thorn called Jones a Zionist Shill, which was new to many listeners and called Jones’ Infowars “infomercial,” long before Jones pushed crap like Super Male Vitality, which contains lead. In 2005, calling Jones out was hot shit.

The Wingtv.net site is down, but you can access it through the wayback machine.

On their show titled: “2005-05-05 WING TV on Alex Jones Censorship Cover-Up,” Thorn and Guliani talked about what it was like being a columnist on Jones’ Infowars website, where Stone currently has a show. Guliani and Thorn once upon a time wrote for Alex Jones! Why not Stone in the 2010s?

0 comments on “Did The Late-Great Victor Thorn Ghost Write For Roger Stone?”