North Korea is the most isolated country in the world. It is often referred to in the media as the “Hermit Kingdom.”

North Korea is also the longest running Communist regime in existence. It has been handed down from father to son on three occasions since 1948. The current head of North Korea is Kim Jong-un.

The residents of North Korea view their Communist rulers of the Kim dynasty as demigods. What developed In North Korea is a cult of personality for their leader as the embodiment of the deity itself.

What they will never tell you in the mainstream media is that the residents of North Korea are loyal to Kim Jong-un, regardless of the lack of food and toilets that are able to flush, because he supplies them with the drug called Bingdu, or in English, crystal meth.

The entire GDP of the Hermit Kingdom, according to Jieun Baek author of “Hidden Revolution,” is based on drug sales, insurance fraud, blackmail and money laundering.

In September 2017 at the UN, Trump’s most patronizing insult is he repeatedly called Kim Jong-un “Little Rocket Man” and threatened the destruction of the North Korean people as a whole. 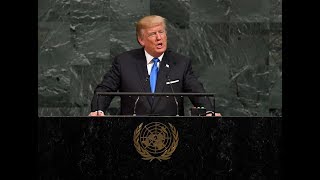 Many Americans believe Kim Jong-un is going to shoot an inter-continental ballistic missile into their potato farm in Iowa.

Kim Jong-un said during the New Year: “The entire United States is within range of our nuclear weapons, a nuclear button is always on my desk.”

ZOG Emperor Donald Trump has labeled North Korea a state sponsor of terrorism, as if it’s the instigator and pariah of the world.

When naming terrorist states, why not name the bandit state of Israel? I think it was a clerical error.

In reality, North Korea just wants to sit back and smoke their pipe. What is in their pipe? Crystal meth, and the most pure form of Meth in the world, with a standard of 99% purity.

North Korea has opiate farms in the Hamkung and Yangkang province. The company in North Korea that manufacturers Opium is called Ryugong corporation, but it’s no way as grandiose as the Golden Crescent of the near east in Afghanistan, and North Korea’s crown jewel is not opium but crystal meth.

Imagine North Korea being one large Winnebago in Breaking Bad. North Korea’s top scientists work on the meth projects and trust me, they’re just as  disgruntled as Walter White.

According to Vice TV, “In 2011 Chinese authorities reported that they had seized over $60 million worth of drugs coming in from the hermit kingdom. In the Chinese border province of Jilin, the number of people addicted to drugs has leapt from a registered 44 in 1991 to an estimated 10,000 today.”

Have you ever wondered how Chinese factory workers can work 20 hours a day, seven days a week?

According to Daily Beast’s Brandon Hong:

I have seen workers abuse it in Chinese electronics factories so they can stay awake when trudging through unending shifts. Camgirls (models who perform or strip online for a fee) and karaoke hostesses smoke it with their clients, who call the practice “ice-skating.” Businessmen who dabble in too many vices share it for a brotherly bond. Chinese celebrities apprehended in drug crackdowns often admit to using meth.

…The operation..(run by Democratic People’s Republic of Korea is)..overseen by Bureau 39 (also called Office 39 and Room 39), a secretive component of the Kim regime that does anything from forging high-quality American currency to running a chain of restaurants. More heinous is the production and sale of narcotics.

..Defectors who have reached South Korea estimate up to 80 percent of residents in some towns have used the drug. In 2013, a study by North Korea Review estimated over 40 percent of meth users in the DPRK are addicted. More recently, the wives of North Korean Party cadre have apparently been trying out a drug diet, turning an ugly thing into a fad.

“Sanctions are taking their toll on the North Korean regime, which has allegedly resumed the production of narcotics to earn the hard currency required to advance its nuclear and missile programs,” according to Julian Ryall.

North Korea’s ICBM program is mainly funded by their crystal meth sells. Every state department agent is given a quarter each month to earn money by any means necessary and Kim Jong-un doesn’t care about the face on the currency.

“North Korean state companies and merchants have been waiting for the export markets to re-open ever since sanctions began having a significant impact [earlier] this year. Now [that] trade has been shut down for the coal exporters due to the country’s missile launches … they are turning to drug production and smuggling as a replacement,” a DPRK-based source claimed as part of DailyNK report. Daily NK adds “The base ingredient [phenylacetic acid] is smuggled in from China and then sold to producers in North Korea, who make the ‘ice’”.

North Korea utilizes the Internet and especially what’s known as the Deep Web or the Dark Net, a version of the Internet that users can’t access except for with a program know as Tor.

If in 2018 the economic sanctions begin to bite, as many believe they will, the best services that North Korean hackers could perform for their country is to offer access to the dark net to conduct illegal activities ..Trade in crystal meth or methamphetamine, for example, is worth several billion dollars,” wrote Napoleoni, who is an expert on terrorist financing and money laundering. “It is easy to produce and at the moment the biggest producer is situated in Myanmar, but a state actor like North Korea could easily rival such output.” Illicit businesses and transactions can be conducted using cryptocurrencies like bitcoin.

In the hit series Breaking Bad, which is about a high school chemistry teacher turned drug dealer, after only 5 seasons Jesse and Walter reach the 99% of purity for meth known as “Blue Sky.”

“North Korea ‘ramps up manufacture of illegal drugs’ amid sanctions” by Julian Ryall:

North Korea has embassies in a number of states in Southeast Asia with high demand for narcotics and it is relatively easy to move shipments around once they are in the region because of the lax border controls. As well as smuggling drugs into the country through ports, it has long been believed that the North’s diplomatic bag – which is immune from search or seizure – is being used to transport drugs.

According to Daily Mail:

Use of meth is reportedly so common in the shadowy communist state that offering some to house guests has been described as the equivalent of making them a cup of tea.

According to Vice TV:

(In North Korea)..domestic use of meth has skyrocketed. Suited elites in Pyongyang restaurants offer each other a “nose” after dinner, the middle classes take it as a cold cure or remedy for back pain, and the poor take it to ease the emptiness in their stomachs. The drug is apparently so common that the attitude of North Koreans has become blasé. “When meeting people we not infrequently swapped drugs to see whose ice was more potent,” said one defector in Dr. (Sheena) Greitens’s report. “We just did it naturally as if we were exchanging cigarettes.” Another defector said, “If people in the countryside take ice, their back pain is cured… And if you give it to people who have had a stroke, they recover.”

North Korean meth is the bomb—at least, according to US officials… According to a new report by Dr. Sheena Chestnut Greitens, an assistant professor of political science at the University of Missouri, the North Korean government has used drug manufacturing and a host of other nefarious activities to raise funds since the 1970s. The regime defaulted on its international loans in 1976 and Dr. Greitens describes how that same year “a dozen members of North Korea’s diplomatic corps, including the North Korean Ambassador to Norway, [were] ejected… for smuggling illicit goods” including “4,000 bottles of booze (mostly Polish vodka) and 140,000 cigarettes” in Sweden, and “400 bottles of liquor, 4.5 million cigarettes. and 147 kilos of hashish in Denmark.”

After the collapse of the USSR, North Korea lost its communist financers and that, combined with tough sanctions and disastrous policy decisions, resulted in the famine of the 1990s where an estimated one million people died. Factories were not operating and fishermen starved in the harbor, as they had no oil to power their boats. Desperate to survive, the Kim regime forced community farms to cultivate opium poppies and demanded as much as 132 pounds of raw opium per harvest. “We should be growing grain, not poppies,” said one defector quoted in Dr. Greitens’ report. “But the instruction from the central government was that if we grow poppies we can sell the product for ten times as much to buy grain.”

After the famine ended in the 2000s, North Korean factories began to produce a more modern type of drug: methamphetamine. “Officials from North Korea’s various security agencies were reportedly involved in guarding the plants and factories,” writes Dr. Greitens. Within the factories, real-life Walter Whites were hired to school local chemists in the art of synthesizing pure, potent meth crystals. “Experts were brought in to advise on production.” … The closure of government meth labs has left a lot of talented meth cooks unemployed and many continue to operate in what Dr. Greitens calls “a hybrid space between public and private.” In these gray markets, political elites grab a share of the profits raised from evil-smelling meth kitchens constructed in broken-down houses and abandoned school buildings. 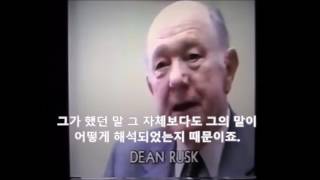 Two-time Secretary of State speaks concerning Korea’s division and the Korean War. About Dean Rusk: in 1945 “he suggested splitting Korea into spheres of U.S. and of Soviet influence at the 38th parallel north.”

Dean Rusk was a patient of Dr. Feelgood, real name Dr. Max Jacobson, who injected methamphetamine in the liquid form, mixed with goat’s blood, into  Jack and Jackie Kennedy.

Read: Dr. Feelgood: The Shocking Story of the Doctor Who May Have Changed History by Treating and Drugging JFK, Marilyn, Elvis, and Other Prominent Figures by Richard A. Lertzman and William J. Birnes.

Was North Korea set up to be a Meth Lab by Dean Rusk from the Geico?