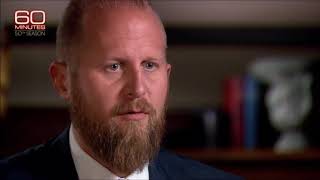 (Trump)..who claims to have accomplished 64 percent of his agenda after one year in office wouldn’t need a second term, but President Trump has been officially running for re-election since literally the day he was sworn in, and on Tuesday he named a campaign manager, Brad Parscale. Parscale, who started creating webpages for Trump in 2011 before becoming the digital backbone of his 2016 campaign, never really left — he’s “on the payroll of five campaign and political advocacy organizations tied to Trump, lucrative work that made him central to Trump’s campaign even before his appointment as campaign manager,” The Associated Press reports, and his ties to the Trump family run deep.

Jared Kushner, Trump’s son-in-law and White House adviser, is close friends with Parscale. Kushner said about the recent news that Parscale “was essential in bringing a disciplined technology and data-driven approach to how the 2016 campaign was run.”

Parscale’s firm is called Giles-Parscale, which is the company Trump hired in 2011 to create a website for his presidential exploratory campaign.

Then Parscale headed the digital marketing operation in 2016 for Trump, and according to Haaretz Parscale “is known for his connections to Cambridge Analytica and for having ghost-wrote hundreds of Trump’s tweets.”

Parscale also announced last week that Lara Trump, the wife of Donald Trump’s son Eric, will serve as a senior adviser to the campaign committee in the 2020 Trump Campaign. Lara Trump is employed at Giles-Parscale. Parscale is her boss. Is Lara a spy?

Steve Bannon was Trump’s 2016 Campaign Manager, and according to Vox “Steve Bannon..(was).. former vice president of Cambridge Analytica.” CA was created by Robert Mercer, who owns Renaissance, an artificial intelligence research company. Mercer is a billionaire patron of right-wing outlets like Breitbart News, where Steve Bannon was an executive chairman. 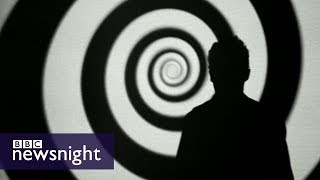 Trump isn’t awake at 3 o’clock in the morning on his gold toilet crafting tweets; it’s actually CA putting out the tweets that late at night.

CA datamines Facebook users and comments on YouTube videos. It was a popular trend on those platforms to make Jared Kushner into a tar baby on outfits like Infowars and Breitbart, labeling Kushner a “Globalist” and the only snake in Donald Trump‘s ear. It was easy for CA to portray Jared Kushner as being the only Globalist inside of Trump’s cabinet, because that’s what people wanted to hear. Nothing could be further from the truth, as Kushner is a sweetheart of CA and Kushner is 100%  behind Trump, despite losing his security clearance last month.

TEric Trump’s wife, will serve as a liaison for San Antonio, Texas-based Giles-Parscale to Trump’s ongoing campaign, based at Trump Tower in Manhattan… Parscale says Lara Trump has a background in marketing and helped on Trump’s 2016 political bid. Parscale’s firm also serves as the data and digital provider for America First Policies, a nonprofit group started earlier this year to back Trump’s presidential agenda.

Parscale-run operation relied heavily on Facebook both for targeting voters and fundraising, Parscale has said, noting that Facebook helped the campaign raise more than $260 million. Along with RNC operatives dispatched to San Antonio, the operation employed staff from Cambridge Analytica, the..company that deploys what it calls “psychographics,” research using personality, values and other voter traits for targeting.

Cambridge Analytica has combined this social psychology with data analytics. They collect data from Facebook and Twitter (which is perfectly legal) and have purchased an array of other data — about television preferences, airline travel, shopping habits, church attendance, what books you buy, what magazines you subscribe to — from third-party organizations and so-called data brokers.

Cambridge was paid $6 million for its work, which Republican operatives described as voter persuasion.

Cambridge Analytica, The Week reported, is “a shady data analytics firm that has become a major focus of both the House Intelligence Committee’s investigation into Russian meddling in the election and special counsel Robert Mueller’s probe.” 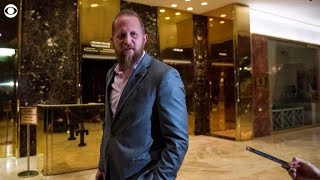 Parscale hired more than a dozen Cambridge Analytica employees for the Trump campaign as analysts. Cambridge Analytics is a Republican data firm associated with Steve Bannon that reportedly “tried to reach WikiLeaks founder Julian Assange to try to help take better political advantage of the hacked Clinton emails.” Parscale was asked about Cambridge Analytica during his interview with the House Intelligence Committee in October. The ranking members of the House Oversight and Judiciary committees sent him and Cambridge Analytica CEO Alexander Nix letters later that month asking whether their firms received “information from a foreign government or foreign actor” at any point during the election.

Parscale Strategies firm is listed as having an address in Pompano Beach, Florida, less than an hour drive from Trump’s Mar-a-Lago resort. “Trump’s Mar-a-Lago is heaven — for spies” by Darren Samuelsohn of Politico is a fantastic article. For my next article I will be writing about the Mossad inside Mar-a-Lago.