Many of the “Truther” accounts on Twitter that are disseminating content about what really happened during the Parkland Hoax are labeled by Hamilton 68 as “Twitter accounts believed to be under Russian sway,” according to NPR.

Hamilton 68 is part of a Deep State plan to scrap the 1st Amendment and to label free speech as fake news, manufactured by teenagers in Macedonia who are on the Kremlin payroll, and paid Kremlin speech does not need constitutional protection. By clicking or searching for a hashtag on Twitter, you could be labeled as being complicit agents of Moscow’s sprawling dezinformatsiya campaign.

Hamilton 68 is a data-gathering operation headed by NeoCon William Kristol, who is the head of the Alliance for Securing Democracy, and their goal is to make pro-2nd Amendments and “Truthers” accounts appear to be Kremlin-linked accounts.

In Putin’s Russia there is no such thing as free speech or the right to bear arms. The Bolshevik Revolution put an end to the free circulation of guns, and Putin continues the Bolshevik tradition of no guns for the Russian public.

It seems that the worst of enemies, Putin and William Kristol, have a common goal of purging the right to bear arms from the “Goyim”. Both men are using Q-Anon (a mysterious 4chan account that claims to have inside information on inner workings of the White House) as a ploy to further their objectives of throwing the first two amendments in the dustbin of history. Q-Anon is a strawman set up for Kristol to knock down.

I don’t trust Glen Greenwald or Tucker Carlson as far as I could throw them, but this story has substance in it. 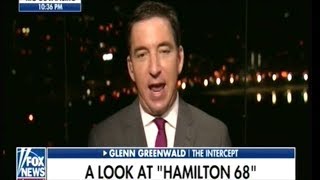 The “Hamilton 68” dashboard was built by researchers working with the Alliance for Securing Democracy, a bipartisan, transatlantic project set up last month to counter Russian disinformation campaigns. The website, supported by the German Marshall Fund, displays a “near real-time” analysis of English-language tweets from a pool of 600 Twitter accounts that analysts identified as users that spread Russian propaganda.

..Twitter accounts selected by the new website include those overtly involved in disinformation campaigns pushed by Russian propaganda outlets, such as RT and Sputnik, and users that share information promoting the Russian government. It also includes automated bots and “cyborgs,” or users identified as partially automated and partially human-controlled, that helped amplify Russian propaganda.

Here is the official site of the Alliance for Securing Democracy (ASD).

“Look Who Is Behind Mysterious Website Claiming Concerns Over Antifa Violence Are ‘Alt-Right’ Propaganda Backed By Russia” by Susan Duclos, reported on August 27, 2017, about the who’s who list from ASD.

..Republican “NeverTrumpers,” many of which were part of a campaign to prevent Donald Trump from becoming the Republican nominee for President, as well as former Obama officials, and those that endorsed Hillary Clinton for president. Four out of the twelve members of the GMF Advisory Council signed the much-hyped letter in January, expressing their “deep concern with President Trump’s recent Executive Order directed at the immigration system, refugees and visitors to this country.” One of the Advisory Council members is Bill Kristol of the Weekly Standard, a well-known neverTrumper, a man who once stated publicly that he would “prefer the deep state to the Trump state.”

Hamilton 68 follows 600 accounts run by the Russian government, Russian trolls, bots and individuals sympathetic to the Russian point of view. Many had been tweeting about places like Syria and Ukraine — countries where Russia is seeking to strengthen its influence. Suddenly the accounts shifted to hashtags like #guncontrol, #guncontrolnow and #gunreformnow. Tweets mentioning Nikolas Cruz, the name of the shooting suspect, spiked.

Jonathon Morgan, the CEO of New Knowledge, the cybersecurity firm that built the Hamilton 68 dashboard…

…particularly watching the #qanon hashtag, also called “The Storm,” which refers to a wild “deep state” conspiracy theory that has grown popular in the far reaches of 4chan’s message boards. The theory, apparently originally posted by an anonymous commenter called “Q,” is a reference to an October 2017 reference Trump made about the “calm before the storm,” and posits, among other things, that the president has set in motion a plan designed to take out the deep state forces currently arrayed against him and arrest Obama, former Secretary of State Hillary Clinton and Sen. John McCain. …On ..(2/6/18)… afternoon, #qanon ranked as one of the top hashtags on the Hamilton 68 dashboard.

If you believe everything in this video I have a bridge in Tel Aviv I will sell you.

(Julian) Assange weighed in against Hamilton68 .. after the group began attacking QAnon’s 8Chan following and #FollowtheWhiteRabbit, #GreatAwakening and #TheStormisHere hashtags as the handiwork of Russian bots rather than American Trump supporters organizing online. The possible ‘incidental’ connection is, QAnon has claimed that Assange may have already been flown out of Great Britain to a safe house in Switzerland after being covertly freed from his Ecuadorian Embassy sequestration imposed by the vengeful Anglo-American ‘deep state’.

Regarding the ‘Russian bots’ theme, QAnon said from his presumed perch as a Trump White House insider that the Democratic Party talking point went out for the press to parrot at 4 a.m. Friday that the GOP, Assange and the Russians were all pushing #ReleasetheMemo:

..Clint Watts, who garnered national media attention after testifying before the Senate Intelligence Committee about Russia’s ongoing cyber and propaganda war against the West, spearheaded the project called Hamilton 68 – a hat tip to the founding father’s Federalist Papers No. 68. 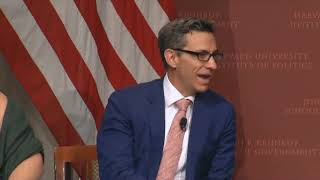 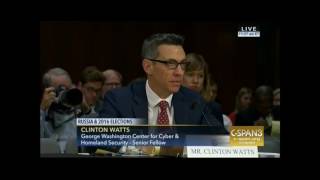 The Historical Alexander Hamilton acted as an agent of the Rothschild family and was a member of the Barvian Illuminati, which was set up by Adam Weispaupt in 1776. Kristol knows Hamilton’s connection to the Illuminati better than anyone, as he comes from the blood-line of the Illuminati. The name Hamilton isn’t for patriotism, as Kristol wants to see Americans stripped of all their rights and Hamilton 68 is set up to squash freedom of speech. Free speech is not open for debate as to whether it’s legal or illegal.

Kristol, you can take a running jump to hell with Hamilton 68, Assange, and Q-Anon.