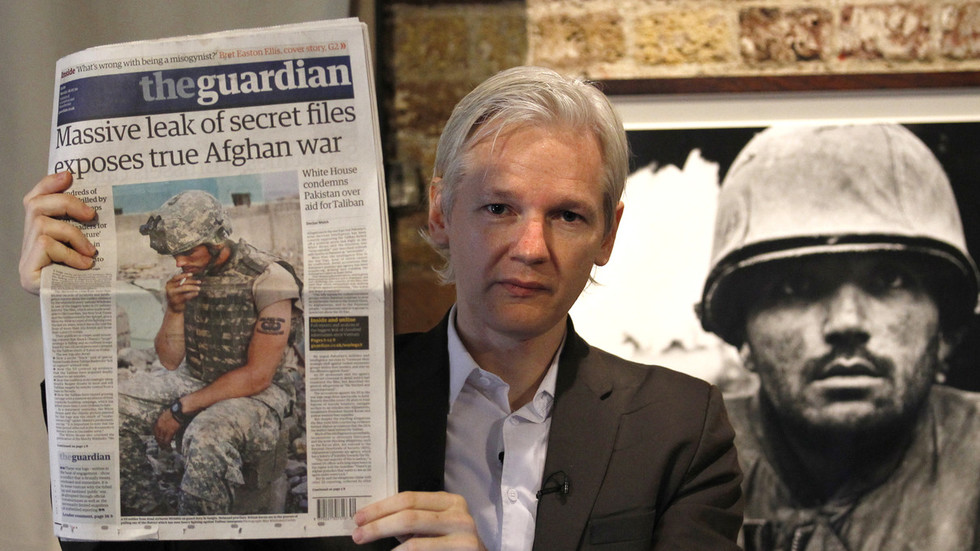 Wikileaks founder Julian Assange holds up a copy of the Guardian newspaper July 26, 2010. ©REUTERS/Andrew Winning
Leading journalists have called out the Guardian for not retracting their story that claimed Wikileaks’ Julian Assange met with ex-Donald Trump operative Paul Manafort despite a lack of evidence to support the claims.

Lead by ex-Guardian writer, now co-editor at the Intercept, Glenn Greenwald, various journalists and activists attacked the publication for going silent on the ‘bombshell’ story, while at the same time hailing that they are Britain’s most trusted news outlet.

* No media outlet has confirmed it.
* No photo/video evidence has emerged.
* Ex-embassy official called the story “fake.”
* Guardian refuses to talk about or retract it.

Why do people not trust media outlets??

3 weeks ago, The Guardian published a bogus story that WikiLeaks, Assange, and Ecuador’s ex-consul all say is completely false.

This nonsensical report was co-authored by an Ecuadorian opposition activist, Fernando Villavicencio.

Guardian reporters Luke Harding and Dan Collyns co-authored this bogus story with opposition activist Fernando Villavicencio, who has close ties to the US and who Ecuador said previously doctored a document that was irresponsibly published by The Guardianhttps://twitter.com/VillaFernando_/status/1069079592927928320 … 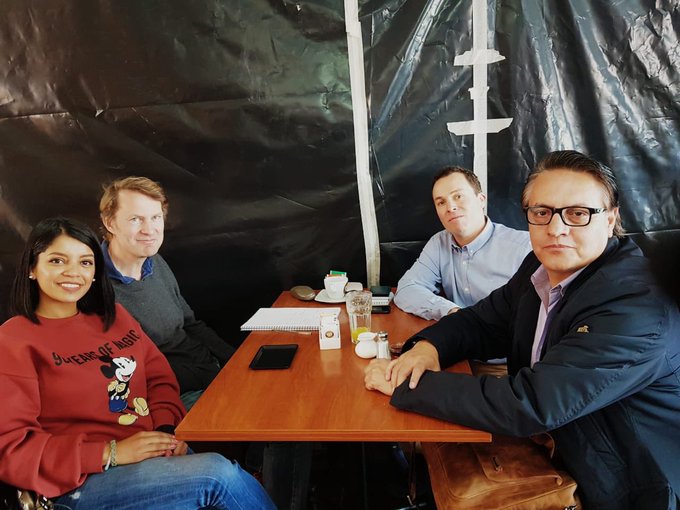 Three weeks since @guardian killed its reputation with Manafort-met-Assange fabrication. It has neither retracted nor tried to defend the story. No word from the journalists nor the editor @KathViner. Don´t think I’ve experienced anything as pathetic in my 30 yrs as a journalist.

Others queried as to the whereabouts of one of the article’s authors, Luke Harding – the Guardian’s former Moscow correspondent. Some wondered whether Harding, a constant critic of the Russian state, had been placed on “gardening leave” following the publication of his ‘exclusive.’

He hasn’t published a story for three weeks. Has he been put on gardening leave after the fabricated frontpage Assange-Manafort story?#fakenews #boycotttheguardianhttps://www.theguardian.com/profile/lukeharding …

Luke Harding is a Guardian foreign correspondent. He has reported from Delhi, Berlin and Moscow and covered wars in Afghanistan, Iraq, and Libya. His book Collusion: How Russia Helped Trump Win the…

Greenwald, whose work with Edward Snowden lead to the Guardian receiving a their only Pulitzer Prize, was supported by Media Lens, an analysis website that frequently calls out the liberal publication for it’s pro-business biases, and historian Mark Curtis, among others.

Curtis also highlighted a tweet from Paul Johnson’s the paper’s deputy editor, which cited an industry study that concluded that the Guardian was “the most trusted newspaper in Britain,” indicative of the state of the UK’s press.

Guardian most trusted newspaper in Britain
-And most read quality news outlet
-And most popular news outlet among younger people https://www.theguardian.com/media/2018/dec/17/guardian-most-trusted-newspaper-in-britain-says-industry-report?CMP=Share_iOSApp_Other …

On November 27, the Guardian splashed with an eye-catching article, claiming that its journalists had seen an Ecuadorian intelligence agency document detailing that Manafort and Assange had met three times in the London Ecuadorian embassy, including during the run-up to the 2016 US Presidential Election.

The piece suggested that “Russians” were also guests at the embassy, though it failed to identify any individuals in question. The article also didn’t include any non-anonymous sources nor did it reproduce, in any capacity, the document in question. No police force or intelligence service has corroborated the story despite the Ecuadorian embassy being one of the most surveilled spots in London.