By TV over mind 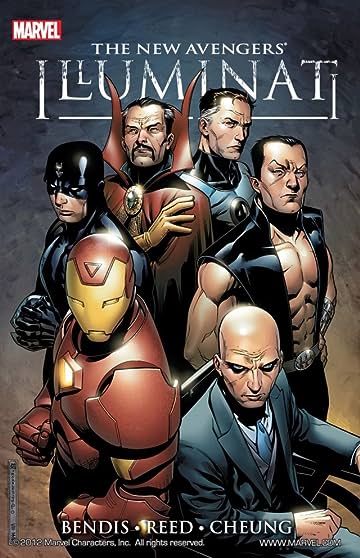 With the deal ready to close and Disney just about in full control of a great deal of the Marvel Comics universe it could finally be that we’ll see a much broader spectrum of the MU than we’ve previously seen to date. The X-Men, Fantastic Four, and Namor, oh my. Yep, that’s right, we’ll be more likely to see some of the most popular characters finally take their place in the MCU and on the big screen where we’ve been waiting for so long. This would mean that we could finally be seeing the famed Illuminati that has been a part of the MU for a while and have been responsible for one of the biggest shifts in the Marvel universe.

Comics fans do know that the Illuminati is a group made up of prominent members such as Reed Richards, Professor X, Doctor Strange, Namor, Black Panther, Black Bolt, and even Iron Man, who suggested the founding of the group. Whether it will be faithful though is something that might be a point of contention at this point since it would seem that Iron Man won’t be seen as a part of the group since it would seem that Tony Stark might not be making another appearance after Avengers: Endgame. Plus, there’s a rumor that Black Panther won’t be a part of it, so the faithful representation might be left with the inclusion of only part of the group, perhaps the majority of them, but not all of them.

The Illuminati are those individuals that are seen as the smartest individuals on the planet and as such are convinced that they’re the best defense that earth has when it comes to launching preemptive strikes against those threats that they deem worthy of their attention. This tends to lead to very dubious decisions that are made by the council and therefore the idea that they’re somehow above the consequences of their own decisions. But one story line that we have yet to see in the MCU, and one that people have been wanting to see, is the emergence of World War Hulk, which is something that people thought that we were going to see in Thor: Ragnarok, but was instead turned into something that was more amenable to the current direction of the MCU. Perhaps with the emergence of the Illuminati and the emergence of so many more heroes into the MCU thanks to the merger could finally bring forth one of the most monumental and destructive phases that the MU has ever seen.

Anyone remember World War Hulk? The Hulk was shot into space by the Illuminati of all people since they determined that he was simply too dangerous to keep on earth. Obviously this ticked the Hulk off a bit and he veered off course and found himself stranded on an alien world where he eventually became the ruler of an oppressed people and found peace as well as love. But when his world was destroyed he blamed the Illuminati and came back to wreak his vengeance. He actually took out just about every member of the Illuminati and went on to take out a large number of the MU heroes in a destructive rampage, and if you’re still paying attention this means that a LOT of heroes were utilized, which means that a LOT of heroes could be featured in an upcoming series that could steer the MCU in a very exciting direction. After all, World War Hulk was an impressive story line.

It could also introduce the Sentry, the MCU’s version of Superman in a way, to the mix, and thereby show just how epic the Marvel Universe really is. Thanks to the Illuminati, one of the greatest and most epic story lines could be the next direction for the movies if they were really paying attention and were thinking of how to appease the fans. The beginning, the Illuminati, would also be a chance to once more introduce Black Bolt in a way that might actually work, and it would be a way to introduce Namor, a character that is actually tied to many superhero groups in some way and needs to finally gain his moment in the sun since he is a great character that has the potential to be the MCU’s answer to Aquaman in a way.

In short the Illuminati movie would be something that could spark off another several years worth of movies if it was done in a way that would allow people to respond and imagine just how many possibilities might be able to be fully realized. There are literally dozens of ways, if not more, that the MCU could progress from Endgame and it’s a big hope that many fans are holding that they will continue to unfold the most epic stories from the comics.