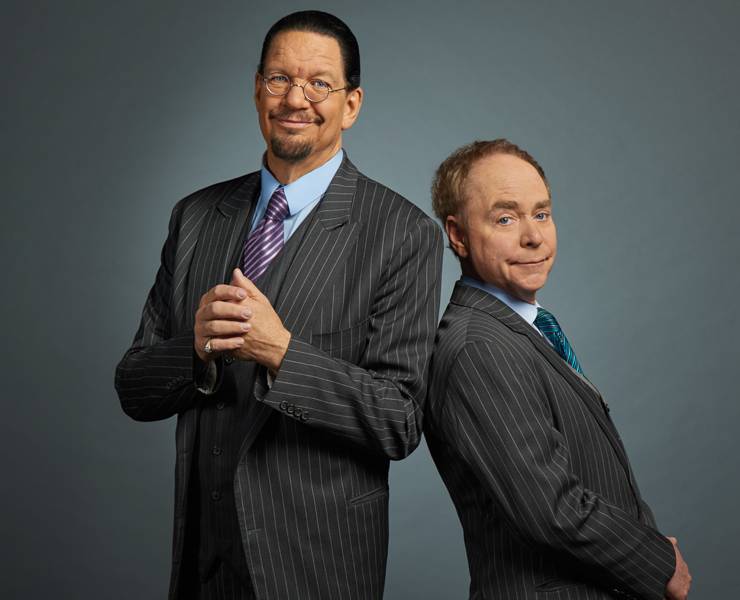 Something happened in Penn & Teller’s universe last month that went relatively unnoticed by the world, but changed the duo forever. Their mentor, magic legend Johnny Thompson, died weeks after collapsing onstage during rehearsals for the sixth season of CW series Penn & Teller: Fool Us. “The Great Tomsoni” was a master magician and a father figure to nearly every prominent illusionist who has appeared on the stages of the Strip in the past two decades. His most arguably successful disciples immortalize Thompson’s influence regularly inside the theater at the Rio named for them.

A clearly shaken Penn Jillette paid homage to Thompson in the introduction to the March 10 podcast of Penn’s Sunday School, which he recorded shortly after Thompson passed away. “My hero, my mentor, my friend, my co-worker,” he said of Thompson. Jillette had made a documentary called Gambler’s Ballad: The Legend of Johnny Thompson that aired on Showtime last year, and in his mid-80s Thompson was actively involved with Fool Us, interviewing magicians about the tricks they performed for Penn & Teller during the show, and letting the duo know if they guessed the secret behind the trick correctly.

Despite the loss of a man Jillette thought of as a grandfather to his children, Penn & Teller went onstage that night as they knew Thompson would expect them to. At a mid-week show, there was no momentary lapse in professionalism for the duo that has now been together for 44 years. An audience participation trick, for which guests were invited to pick up four cards and a paper cup before entering the theater, created an especially anticipatory mood before the show. Pianist Mike Jones warmed up the crowd, who by tradition were invited to check out prop boxes onstage, with virtuoso stride piano playing.

It seemed as if grief had been channeled into a show that is perhaps among the duo’s funniest. With no shortage of tricks to draw on, Penn & Teller can evolve their act during the course of a year until it’s different than the one performed 12 months prior. A trick with a street magician theme allows Penn to parody YouTube influencers to hilarious effect. A game show allows audience members to assume names such as Assange, Snowden and Manning. A state-of-the-art video system enables traditional magic tricks to be taken to new levels.

But that’s what Penn & Teller have done throughout their career. Had they not met as members of the Othmar Schoeck Memorial Society for the Preservation of Unusual and Disgusting Music, Jillette, whose skill on upright bass can be heard alongside Jones on a recording released last year titled The Show Before the Show, might never have even gone into magic. “I wanted to work with Teller,” he said last year on an episode of podcast You Made It Weird with Pete Holmes. “Because Teller was the most talented, interesting person I’d ever met.” Now they are heroes, mentors and friends to the next generations of magicians, the next Penn & Teller. The Great Tomsoni would be proud.

0 comments on “Penn & Teller: Illusions with a soul”