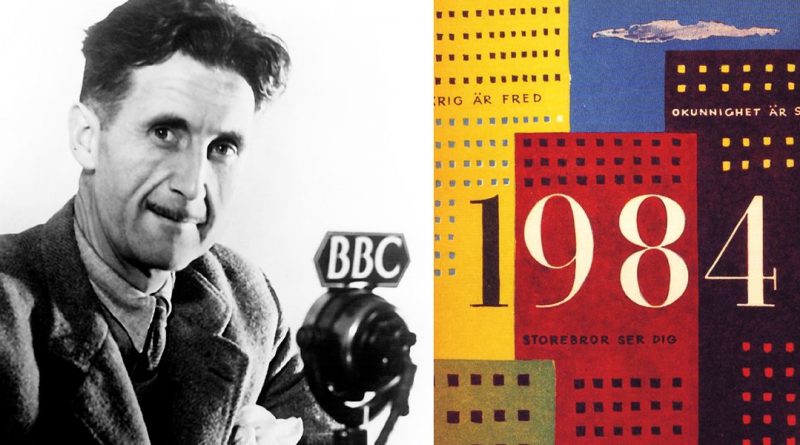 This month, George Orwell’s legendary novel Nineteen Eighty-Four turns 70 years old, and the warnings contained within the story are now more relevant than ever. Orwell’s predictions were so spot on that it almost seems like it was used as some type of accidental instruction manual for would-be tyrants.

In the world of Nineteen Eighty-Four, there is an all-encompassing surveillance state that keeps a watchful eye on everyone, in search of possible rebels and points of resistance. Censorship is the norm in this world, and is so extreme that individuals can become “unpersons” who are essentially deleted from society because their ideas were considered dangerous by the establishment. This is an idea that is very familiar to activists and independent journalists who are being removed from the public conversation for speaking out about government and corporate corruption on social media.

Orwell is famous for coining the term “double-speak,” which is a way to describe the euphemistic language that government uses to whitewash their most dirty deeds. For example, in Orwell’s story, the ministry of propaganda was called the Ministry of Truth, just as today the government agency that was once known as “The Department of War,” is now called the “Department of Defense.”

There was also never-ending war in Orwell’s story, the conditions of which would change on a regular basis, keeping the general population confused about conflicts so they give up on trying to understand what is actually going on. Some of these predictions were merely recognitions of patterns in human history, since the idea of “unpersons” and war propaganda is nothing new. However, Orwell had an incredible understanding of how technology was going to progress over the 20th century, and he was able to envision how technology would be used by those in power to control the masses.

The technological predictions made in the book were truly uncanny, as they give a fairly accurate description of our modern world. Orwell described “telescreens,” which acted as both an entertainment device and a two-way communication device. This type of technology was predicted by many futurists at the time, but Orwell’s prediction was unique because he suggested that these devices would be used by the government to spy on people, through microphones and cameras built into the devices.

Unfortunately, just like in Orwell’s book, people in the modern world are so distracted by entertainment and the divided by politics that they have no idea they are living in a tyrannical police state. This police state was also a strong deterrent in the world of Nineteen Eighty-Four, because although many of the citizens in the book had a positive opinion of “big brother,” it was still something that they feared, and it was a force that kept them in control. Of course, this is not much different from the attitude that the average American or European has when confronted with police brutality and government corruption.

Many of the ideas about power and authority that were expressed in Orwell’s classic are timeless and as old as recorded history; but his analysis of how technology would amplify the destructive nature of power was incredibly unique, especially for his time.

John Vibes is an author and journalist who takes a special interest in the counter culture, and focuses solutions-oriented approaches to social problems. He is also a host of The Free Your Mind Conference and The Free Thought Project Podcast. Read More stories by John Vibes

This article was sourced from Truth Theory.