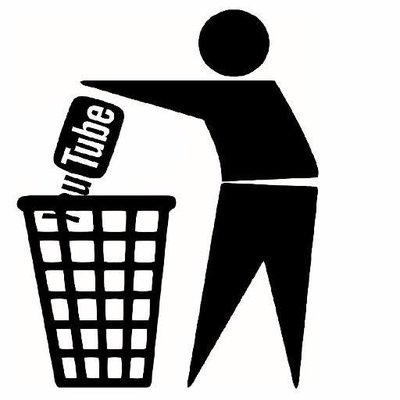 Google-owned YouTube is planning to purge “thousands of videos and channels” which advocate “bigoted ideologies” or “claim Jews secretly control the world,” deny “that well-documented violent events, like the Holocaust” took place, “say women are intellectually inferior to men and therefore should be denied certain rights,” or “suggest that the white race is superior to another race.”

Multiple channels were banned in the immediate aftermath of the announcement.

YouTube announced plans on Wednesday to remove thousands of videos and channels that advocate for neo-Nazism, white supremacy and other bigoted ideologies in an attempt to clean up extremism and hate speech on its popular service.

The new policy will ban “videos alleging that a group is superior in order to justify discrimination, segregation or exclusion,” the company said in a blog post. The prohibition will also cover videos denying that violent incidents, like the mass shooting at Sandy Hook Elementary School in Connecticut, took place.

YouTube did not name any specific channels or videos that would be banned.

“It’s our responsibility to protect that, and prevent our platform from being used to incite hatred, harassment, discrimination and violence,” the company said in the blog post.

[…] The kind of content that will be prohibited under YouTube’s new hate speech policies includes videos that claim Jews secretly control the world, those that say women are intellectually inferior to men and therefore should be denied certain rights, or that suggest that the white race is superior to another race, a YouTube spokesman said.

Channels that post some hateful content, but that do not violate YouTube’s rules with the majority of their videos, may receive strikes under YouTube’s three-strike enforcement system, but would not be immediately banned.

The company also said that channels that “repeatedly brush up against our hate speech policies,” but don’t violate them outright, would be removed from YouTube’s advertising program, which allows channel owners to share in the advertising revenue their videos generate.

In addition to tightening its hate speech rules, YouTube announced it would also tweak its recommendation algorithm, the automated software that shows users videos based on their interests and past viewing habits. This algorithm is responsible for more than 70 percent of overall time spent on YouTube, and has been a major engine for the platform’s growth.Here’s how YouTube put it on their own blog:

Today, we’re taking another step in our hate speech policy by specifically prohibiting videos alleging that a group is superior in order to justify discrimination, segregation or exclusion based on qualities like age, gender, race, caste, religion, sexual orientation or veteran status. This would include, for example, videos that promote or glorify Nazi ideology, which is inherently discriminatory. Finally, we will remove content denying that well-documented violent events, like the Holocaust or the shooting at Sandy Hook Elementary, took place.

We recognize some of this content has value to researchers and NGOs looking to understand hate in order to combat it, and we are exploring options to make it available to them in the future. And as always, context matters, so some videos could remain up because they discuss topics like pending legislation, aim to condemn or expose hate, or provide analysis of current events. We will begin enforcing this updated policy today; however, it will take time for our systems to fully ramp up and we’ll be gradually expanding coverage over the next several months.

The Anti-Defamation League praised YouTube’s censorship purge, said they’re working together with Google-owned YouTube and other tech companies “to aggressively counter hate on their platforms” and said this “important step forward … must be followed by many more.”

Facebook CEO Mark Zuckerberg recently unveiled similar censorship rules banning all “praise, support and representation of white nationalism and separatism,” though his company said they would still allow other race-based nationalist and separatist movements on their platform.

Facebook had said previously they were against banning white nationalism and white separatism because they felt that under the same rules they’d also have to ban Zionism and black separatism.

Reports are already pouring in of channels being banned.

A history teacher from the British School of Bucharest was also banned just for having historical videos of Nazi speeches on his channel:

Make no mistake, leftists will be allowed to spew virulent hate without any interruption

This is only a one way street.

To read rest of the article: